Producer Sajid Nadiadwala recently announced that his next project, Bachchan Pandey, starring Akshay Kumar and Kriti Sanon and directed by Farhad Samji, will begin shooting from May this year. It will have a marathon schedule and the action drama will release during Christmas 2020. Now we have come to hear that Pooja Hegde has also been approached for the movie and will play a crucial role opposite Akshay in the movie. Pooja, Kriti and Akshay have all worked earlier in producer Sajid Nadiadwala’s and Farhad’s Housefull 4. 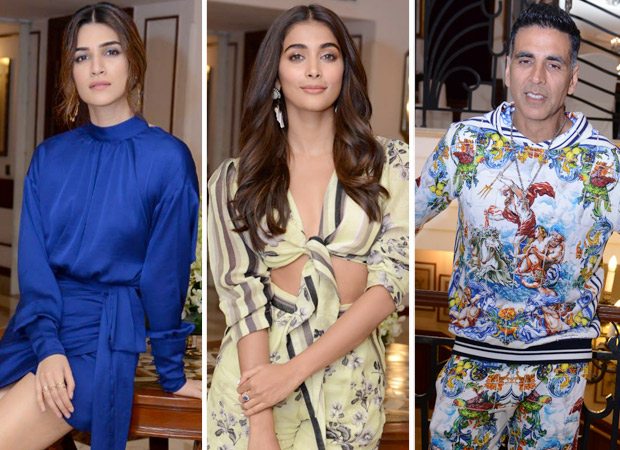 Says a trade source, “There are roles for two actresses in Bachchan Pandey (Akshay Kumar). One is a girl with whom he falls in love with when he’s a youth and the other is when he’s more mature and grown up. Apparently, the story revolves around an honourable and brave man who is willing to sacrifice his happiness for his younger brothers. The brothers want to get married but cannot do so till he does. So they try to find a girl for him. When they find the girl, he fell in love with as a youth has married someone else, they match make with another girl and he falls in love with her. The story then turns to Bachchan Pandey rescuing his fiancée’s father from goons and safeguards her family. While Kriti Sanon plays the second girl (his brothers find) he falls in love with, Pooja has been approached to play the girl from his past.”

Bachchan Pandey was earlier called Land Of Lungi and reported to be a remake of the Tamil film Veeram, starring Ajith. Now the movie is called Bachchan Pandey, which is also what Akshay’s character is called in the movie. Like Kriti Sanon, after Housefull 4, this will be Pooja’s second movie with the trio of Akshay Kumar, Sajid Nadiadwala and Farhad Samji for Bachchan Pandey. While in Housefull 4, Pooja had played Riteish Deshmukh’s romantic interest; here she will play Akshay’s. Initially Pooja Hegde was also approached for Rohit Shetty’s Sooryavanshi with Akshay Kumar but it had not worked out.

Currently, Farhad is completing the script for Bachchan Pandey, after which the film will begin shoot from May this year and be complete by September for a Christmas 2020 release.